If you’re new around these parts, you need to know that I’ve declared war on my jelly rolls. Back in November I took inventory and decided to sew with my four stashed jelly rolls, which resulted in this quilt and this quilt.

Two noteworthy events have happened since those triumphs. First, I found that I had another jelly roll, an all-white Bella solid roll, lurking in my fabric storage. Bah! And then, lured by the promise of 50 percent off, I bought this jelly roll at a New Year’s sale. In other words, I have exactly the same number of jelly rolls I thought I started off with back in November. Double bah! 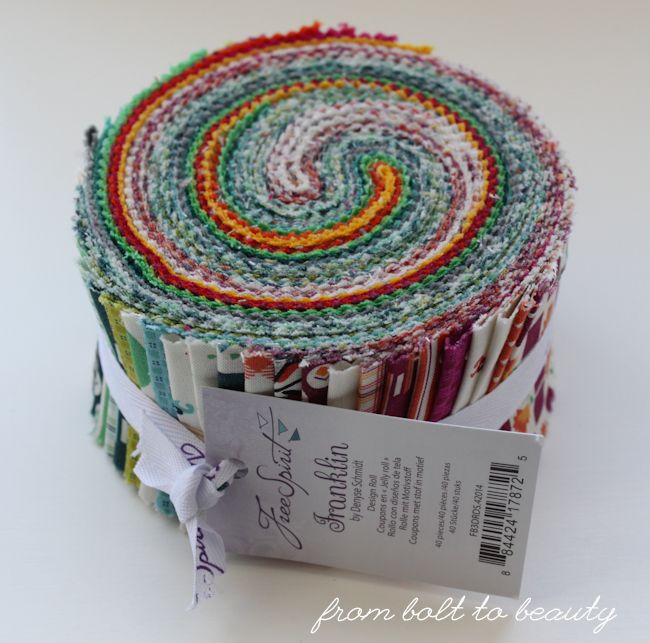 To chip away at those white jelly roll strips, I started playing with pixelated hearts. For the record, I am not a fan of heart anything, but using a mini-charm pack of Jen Kingwell’s Gardenvale as the inspiration for my palette, I had a lot of fun planning these blocks. 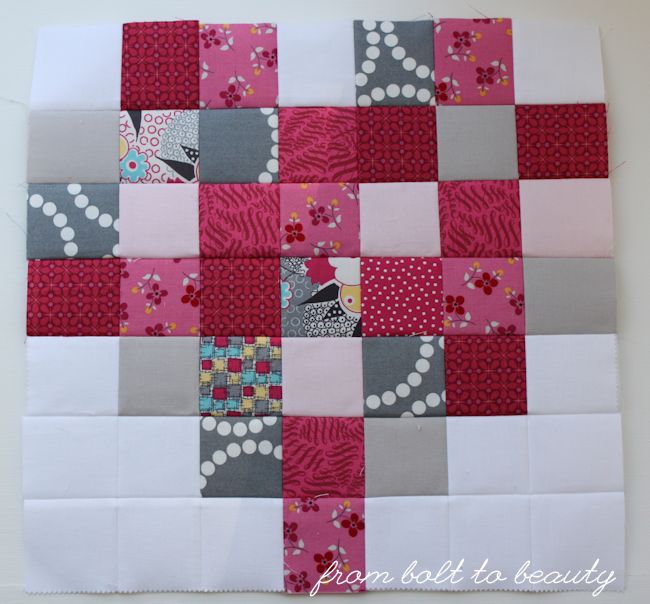 The sewing was fun, too, because I used the super-sneaky way of piecing simple patchwork. I discovered this shortcut years ago on Posie Gets Cozy. (A friend said she first learned of it on Elizabeth Hartman’s blog.) The idea is simple: You iron your squares to a piece of fusible interfacing, fold along a long seam, and sew.

In the past, I used Pellon’s featherweight interfacing and pressed my seams to the side. It worked fine for, say, a pillow, but there was too much bulk for me to try it on a full quilt. In my latest foray into this technique, however, I used Pellon’s ultra lightweight fusible interfacing. It made all the difference. 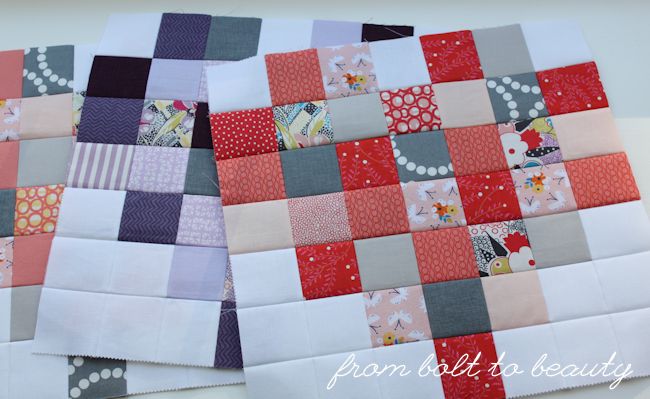 Want to give this shortcut a shot? Check out the accompanying Tutorial: Less-Work Patchwork Hearts.

If you have played with fusible interfacing like this and have some advice, please share it with the rest of us in the comments. I won’t be posting any more about these blocks until they’re in final-quilt form. (My deadline, of course, is Valentine’s Day!) For progress reports or to post your own pixelated hearts, join me on Instagram. I’m @frombolttobeauty and will be posting to the hashtag #lessworkpatchworkhearts.

Linking up to Sew Cute Tuesday, WIP  Wednesday, Let’s Bee Social, and Scraptastic Tuesday (because almost all of these squares that aren’t Gardenvale are scraps!) ...

Posted by Michelle @ From Bolt to Beauty
Email ThisBlogThis!Share to TwitterShare to FacebookShare to Pinterest
Labels: precuts, scrappy, tutorials